After having several break ins at our allotment site I've decided I'm giving the plot up. I've enjoyed my time there but enough is enough. so I'm going to convert the wilderness at home into a small veg patch.
The plan at the moment is to cover it with the woven plastic stuff, then grow in my big pots for a year or so (I'm an old fart now ... 64 next b'day !) and then take a review and see if growing in the ground would be better ... the Big greenhouse has slabs at the end which I used to stand pots on but I may take them up and  dig out a border there and grow Tomatoes, Melons and Peppers. 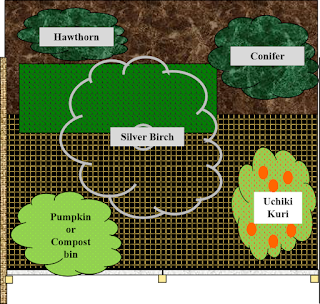 this is the plan for the bottom end of the garden which I plan on covering with with either wood chip or woven ground cover and under the conifer I'll make a house from one of the old chook coops for the spikey snufflers that we have in the garden ... and maybe grow a couple of squashes through it or the compost bins still to be decided 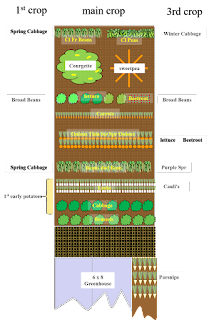 The old chicken pens were built based on 6ft (1.8m) panels and wooden post in meta post sockets  ... so getting them out will be interesting. Then the path will need finishing off. its full of brick rubble at the minute so a bit of gravel on top and then decide what I want to do - I have some grids that are fibre glass and were uses as walk ways in works so I could cut them down and lay them on the top to make a path way rather than slabs - I can just about pick them up so they're heavy duty (that's on the right) and this is how I plan on doing it using No Dig. 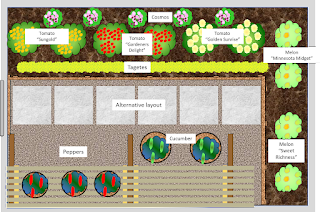 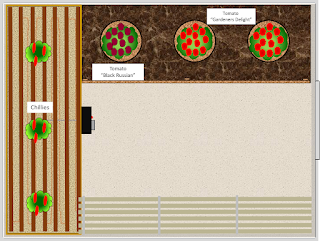 Then we have the 2 greenhouses the top one being the 12 x 8 which will have 2 beds and the bottom one the 8 x 6 which has the heated propagating bench on it. These will be used for tomatoes, Melons, Cucumbers and Peppers in the summer and then winter will be early crops of Beans and salad leaves and raising new plants obviously. 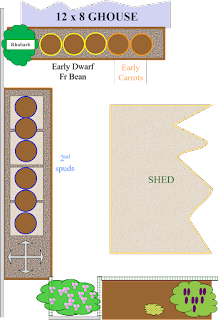 Then finally we have the end of the big greenhouse and the shed ( which needs some running repairs now after 30 years ! This is a bit in the air at the moment, maybe just for potatoes or possibly some spuds and some veg (carrots maybe dwarf french beans) and possibly my favourite - Rhubarb ... hmmmmm crumble😋 . then we have the front garden which is pretty boring at the minute, but that's another story ...

Posted by Nick the grief at 1:37 pm No comments: